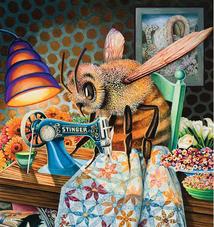 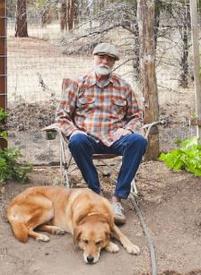 It’s been 18 years since Dennis McGregor painted his first Sisters Folk Festival poster. Over the years, the annual image has become a moment captured in time, honoring a town and its dedication to the arts. This year is no different.

“In the beginning people said, why don’t you just do an image of an instrument and do a different instrument each year. But then I decided I wanted to have a human element in there,” reflects McGregor. After the third year, he began what he called a “Local Treasures” series, featuring local musicians, with their instruments, as a shout-out to the growing musical community in Sisters.

Sisters artist's book is on the street

"About three years ago, well-known Sisters artist and musician Dennis ­McGregor painted a picture of a turtle climbing on a fence. “Just for fun” he added a turtle dove sitting on the fence watching the turtle. As McGregor wondered why two creatures that seemed nothing alike shared a name, the idea...".

Several new outdoor murals are in the works for various locations throughout the Old Mill District... 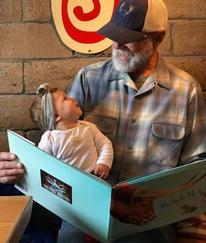 "You Stole My Name" collection is the newest outdoor piece from Sisters artist Dennis McGregor. 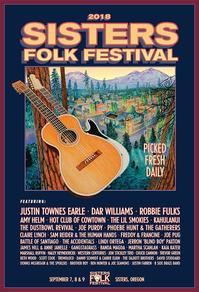 Art in the High Desert coming to Bend

It all started when Dennis McGregor painted a small turtle hanging out on a barbed wire fence. Next to it, he painted a dove, and then he realized "Ah, turtle dove!" It took off from there. He began thinking of all the animal combinations he could: spider monkey, tiger shrimp, catfish and so on. 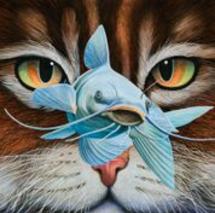 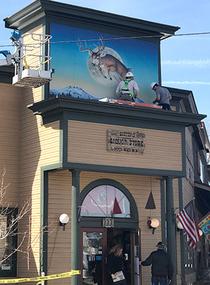 For a sixtysomething guy who says he’s never had a “RG”—a real gig that offers conversation around a water cooler or employer-paid benefits—Dennis McGregor hasn’t had trouble staying busy. Instead of punching a clock, he’s followed his creative impulses to build a life around painting, music, songwriting, book illustration and writing. “I’ve never had a job, but it’s on my bucket list,” he joked.

McGregor’s sense of humor is evident in the playful work he creates. His second book, You Stole My Name, published in 2017, is a series of humorous play-on-word paintings that pair an animal with the animal from which it takes its name.

Here's The Renaissance Man Behind The "Cat-Fish."

ARTIST, WRITER AND MUSICIAN DENNIS MCGREGOR HAS NEVER HAD A “REAL JOB”

Folks in Sisters are used to seeing deer roaming around town, even crossing Cascade Avenue in a crosswalk. Now there's one jumping across the moon.

A work crew last week installed Dennis McGregor's mural of "Buck" leaping across the face of a full moon and over the Three Sisters mountains on the face of The Gallimaufry on the corner of Cascade Avenue and Elm Street.

Dennis McGregor's new book, "You Stole My Name," was born out of a serendipitous accident. "I had some free time and I just wanted to paint something fun," McGregor recalled. He painted a turtle climbing up a barbed-wire fence with a bird watching him.  "Without realizing it, I started painting a turtledove," he said.  The artist got a kick out of the juxtaposition - and so did others.  "The first people that saw it responded so favorably to it, I thought, 'Maybe I'm on to something,"' he said.