In this epic western adventure a girl loses her quilt in a river crossing. She vows to get it back. The quilt was sewn from the worn-out clothes of her family and was all she had to remember them by. Annie had dreamed under that quilt for as long as she could remember and now without it her dreams had ceased. She leaves the wagon train and the Oregon Trail in a frantic search. For the entire summer of 1845 she followed the Deschutes as it flowed north to the mighty Columbia. It was there in the pioneer town of The Dalles that by a crazy twist of fate she is momentarily reunited with the quilt, only to lose it again within minutes! The search intensifies with a host of characters including a greedy shopkeeper, a bank robber, a local native American man and a golden stallion. Eventually Annie does dream again, but not without lessons of perseverance, courage and human nature. Dream Again is historically accurate and rich with talking points - particularly well-suited for boys and girls of elementary school age and grandparents! 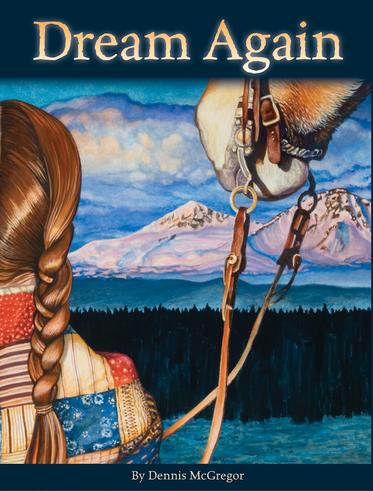